There was outrage earlier this summer when Education Secretary Michael Gove considered culling teaching assistants (TAs) across the UK in favour of teachers taking on these extra duties. The premise behind the action was to save money and ensure only fully trained teachers take on the role of assisting special needs students. UNISON, one of the largest trade unions in the UK, started a campaign to protect TAs and work with other unions to highlight the importance of the TA role within the school.

“If the coalition makes serious moves to take teaching assistants out of classrooms, they’ll have a fight on their hands. There’s been a huge outpouring of support for the work our members do in schools from parents, teachers, head teachers and even from pupils. They know schools would crumble without the hard work and dedication of teaching assistants.” Jon Richards, UNISON head of education (full article here).

GMB, another large trade union in the UK who support TAs, have also worked to defend TAs from the planned governmental cuts. “‘GMB refutes the coalition government attack on Teaching Assistants and vows to defend them.” (GMB’s petition)

Ask anyone employed what their main concern is regarding employment and they’ll no doubt tell you ‘job security’. Job security is considered to be more important these days when making career/job decisions than ever before. Although no job is truly safe, there are ways you can minimise problems if your job comes under scrutiny or made redundant. The best way to tackle this is to consider the following points:

Michael Gove and the Department for Education

In the summer of 2013, the Treasury and Department for Education considered reducing the number of teaching assistants (TAs) within schools, claiming the impact of pupils’ educational outcomes was negligible. Michael Gove, the Education Secretary, considered phasing out teaching assistants after a think tank, Reform, suggested increasing the sizes of classes and teachers’ salaries would be more beneficial, much to the chagrin of teachers and teaching assistants across the UK. Reform proposed reducing the number of TAs and increasing teacher numbers instead to ensure those qualified to educate take classes.

It is true that some schools across the UK have made a number of TAs redundant (or encouraged them to pursue teacher training), probably because funding has decreased, but TAs are actually still in demand. The numbers of students within schools are increasing, thus a need for TAs to assist with classroom activities is more prominent now than ever. 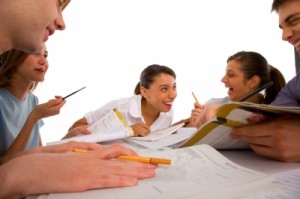 The whole idea of phasing out TAs is absurd and has been likened to the NHS running without any nurses. Perhaps Gove is ignorant of the roles teaching assistants play within the classroom, but others certainly aren’t and there has been a huge backlash over the summer, culminating in various online campaigns generating thousands of signatures.

A number of TAs we’ve talked to have told us how invaluable their help is in ensuring students with special education needs get the attention they need. “Teachers are overworked and don’t get enough to spend with individual students in their classes,” one TA said. “We spend quality time with those that need us, making colourful displays and involving them in as many activities as possible, something that would not be possible in a classroom environment with just the teacher and students.”

“Many TAs specialise in specific areas of special needs, which the teacher may not have expertise in,” another told us. “Some of us help students with physical disabilities, but we are able to allow them to join in with activities such as swimming and gymnastics. Gove and his team will end up making these activities difficult to do.”

TA roles are varied within schools – most will help teachers with any administration work, preparing classes and providing general support. More specialised TAs will administer medicines and helping physically disabled students adapt to classroom activities and providing support to parents. Some qualifications will also allow the TA to actually take classes for small groups, which provides immense support for those students where English is their second language.

The question now is what Gove will decide to do. Maybe spending some time with TAs, watching what they do and how they benefit the whole schooling system will help. Reform based their proposal on research carried out by the Institute of Education, which did not suggest phasing out teaching assistants. Instead the research showed TAs need to be deployed in schools more carefully. Vast numbers of schools are still hiring TAs, so their roles are still very much valued.

Image courtesy of Ambro at FreeDigitalPhotos.net