Toddlers and the iPad addiction

Jane Fletcher runs a business from home and is a part time teaching assistant. She has written a guest post demonstrating how she used detailed observation to discover how the iPad is affecting her son’s activities.

“My 3 year old son is playing happily with his cars and trucks, making vocal noises as they crash into each other and tip over the edge of the card box he’s using as a makeshift city. I’m getting on with some paperwork but glancing over at the imaginative events. He skips over to me and politely offers me a car, hoping I’ll join in. I welcome the break from the tediousness of my work and allow him to delicately take me by the hand to have some fun. 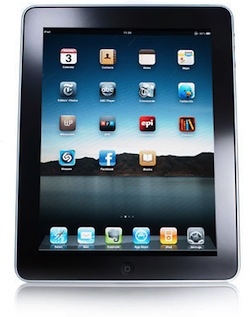 Last week wasn’t as blissful. Tuesday afternoon was filled with tearful tantrums, physical violence and a disinterest in all things normal to my son. You see, he had been using my iPad for a few hours. Like thousands of parents out there, I have allowed my son to use my iPad once or twice a week when I’ve needed to get on with the washing up, ironing or other tasks around our house. This has been the norm for about 10 months, after we discovered his amazing ability to interact with the apps, photos, games and YouTube videos. He would navigate through screens and buttons as easily as his ability to breathe. He would intuitively open new apps and work through puzzles and other activities without needing our help.

And so I would leave him to browse through the mass of YouTube children’s videos and listen to him chuckling happily, peeking in every now and then to vet the content he watched. I was comfortable with him becoming computer literate as early as possible to give him the best start, unlike his mother (I still can’t set up emails and Facebook accounts without help from my husband!). I had also read recently that a local secondary school head teacher had been promoting the use of iPads throughout lessons, so decided my son would benefit from getting used to tablets at an early age. The usage was never daily, he only really used it once or twice a week, but gradually the separation from the tablet was becoming too much for him to cope with.

Last week he had been watching a YouTube clip for a matter of minutes when I realised I had an appointment to keep, which meant we had to leave the house sharpish. Interrupting his interaction with the iPad led to an almost agonising wail followed by the first violent behaviour I had seen from him. He lashed out, screaming and kicking, leaving me shocked and worried. My son was acting like a crazed, addicted animal!

I’m a part time teaching assistant, so I’ve learnt to be observant around children in order to pick up on signs that others are unlikely to see. I decided to keep a record of my son’s behaviour after using the iPad and compare it to his normal behaviour. The results were astounding and has led me to believe that many children are now in danger of long term psychological damage, unbeknown to their parents (toddlers requiring therapy – The Telegraph). I allowed him to use the iPad for an hour one day during the morning, then monitor his behaviour in the afternoon. The next day I monitored his afternoon behaviour without the use of the iPad in the morning. I repeated this series a few times and these were the main results after using the iPad in the morning:

My son’s behaviour really demonstrates that although digital technology is innovative, advanced and can be a perfect educational tool (my son HAS learnt loads from using it), toddlers shouldn’t be encouraged to use devices on their own, no matter how adept they are. It’s so tempting to leave them to discover iPad wonders such as interactive cats and dogs, digital jigsaw puzzles and CBeebies on BBC iPlayer, but it’s best to leave them to their own imagination without any restrictions. Let them build Lego houses and drive their toy cars along makeshift roads. We don’t know the long term effects of young children using iPads, simply because they’ve not been around long enough. I’ve seen the effects of excessive use of televisions in households and I suspect the introduction of tablets and smartphones at an early age will be far worse in the long term.”