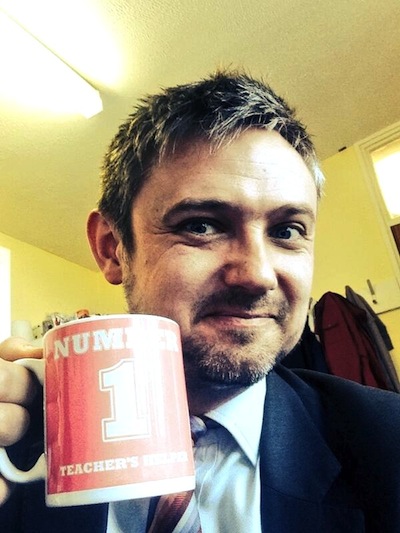 as little as possible, but inevitably there are moments when it does.

There was an early unexpected vote which brought a session at Johanna primary to a hurried end. Then there was the morning I had to turn up to school shamefacedly admitting I had only just realised it was budget day and needed to go to the commons.

In London I am anonymous, but I like to think I am a bit better known in Barrow. So, in my second week in Victoria Juniors, I am quietly pleased when one of the girls approaches and conspiratorially whispers, “I know who you are.”

She gets out the newspaper cuttings from her project and has highlighted a quote from me. I tell her I am undercover so she is not allowed to tell anyone.

Obviously this is meant as a joke as the children surely must recognise their member of parliament and are simply keeping quiet as a pre-agreed mark of respect. After all, I feature in the Evening Mail nearly every single week. Often with a picture.

This hubris results in my ego being crushed during Mrs Gillett’s session on phonic endings. Words ending in ‘cian’ are often job titles, she explains. Magician, electrician, politician. Does anyone know a politician? Determined shakes of the head from all the children. Sob.

I can readily accept that my tutor, local children’s author Gill Jepson, will create far more of a stir than a boring old MP, but total anonymity?! Unless I can make more of an impact them by the time they reach voting age, I will be toast.

But the children do realise something is afoot when a tv crew from BBC North West Tonight arrives the following Friday to do a feature on how I am getting on. The potential for havoc and excitement makes me feel rather guilty, but the children take it all in their stride. In fact the only difference seems to be in the staffroom where I detect higher levels of lippy than usual.

All in all, I am deeply indebted to the teachers I am working with for just letting me muck in despite the disruption of an unpredictable parliamentary schedule.

And while MP life can occasionally get in the way of the teacher training, the benefit going the other way is enormous. We MPs spend a lot of our time visiting local schools, but it is hard to describe how much greater is the insight into the profession from actually spending sustained amounts of time in the classroom and staffroom as a co-worker. Work experience should be mandatory for new ministers appointed without prior experience of the sector. Such a practice could be a money-spinner for cash-strapped schools too: there would surely be many who would pay good money for fly-on-the-wall access to Michael Gove’s stint in the classroom.

So I am hopeful this will work out, provided I can catch up with my coursework over the Easter recess. Managing the workload of doing this while a full time MP has been the biggest challenge – and one I am failing dismally so far.

But I am determined to get up-to-date, not least because I just can’t face another telling off like the one Mrs Ward gave me last week. Mrs Ward is the kind of teacher I would have idolised as a child. Her class love her to bits and are devastated when she disapproves of them.

Thus I am instantly reduced to their level when she realises how behind and disorganised I am. I’m sorry Mrs Ward, I won’t let you down again – please like me!

Tagged as: diary of a teaching assistant